About the Plutus Awards

In ancient Greek mythology, Plutus was the god of wealth. Much like wealth itself, Plutus was blind, offering his virtues without regard for the virtuosity or merit of the recipient. He was lame but winged, leaving much more quickly than he could arrive. 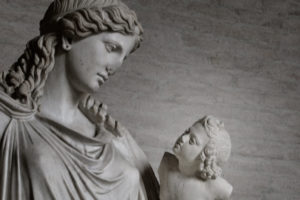 The Plutus Awards was established in 2009 by the founder of Consumerism Commentary, Harlan Luke Landes. Consumerism Commentary was one of the first independent blogs to focus exclusively on personal finance, particularly from the consumers’ perspective. As the community of independent financial publishers grew, Landes saw the need for the community to support each other and to advocate for itself and its legitimate place within the larger community of financial media. That remains part of the mission today, as the Plutus Awards also serve to influence the financial industry by providing accolades for the companies that develop the best products and services.

By following the Plutus Awards year-to-year, observers can get a glimpse of a financial industry that changes and evolves as well as a changing media landscape.

Here are some recent news items featuring the Plutus Awards and the companies and publishers honored at the ceremonies.